Leadership Without Followership: Teachers as Leaders in Educational Improvement

Nicole Gillespie writes about teachers as leaders in educational improvement.

The idea that practicing teachers can and do engage in leadership is not new, although lately it seems to be a popular topic of discussion among and across policy makers, researchers, administrators and teachers themselves. And the fact that those discussions still often focus on defining teacher leadership—what is looks like, who actually does it and what the results are or could be—reflects long-standing ambiguity about both the work of teachers and the concept of leadership in general.

Leaders and leadership have been a subject of pondering and pontificating as far back as Plato, and for a long time the prevailing view was that leaders could be identified by specific traits, usually considered to be innate. That started to shift when researchers began paying attention to leaders’ behavior rather than their characteristics, but the idea that leadership is what individual leaders do when they are acting on, or leading, other people persists.

In the early 2000s, James Spillane and his colleagues offered a fresh perspective on leadership called distributed leadership. Based on studies in schools and districts, Spillane and his colleagues suggested that leadership can be understood as the activities designed or perceived to influence knowledge, motivation, affect or practice of others. They found that these activities are almost always distributed across multiple individuals rather than limited to the actions of a single leader. This shift in focus, away from individuals in designated roles toward systems of people and relationships, may be particularly useful for understanding how teachers—even those without any kind of recognized leadership position—engage in leadership.

We’ve seen a version of teacher leadership emerge in our work with KSTF Fellows over the past decade that, while clearly distributed, doesn’t quite fit this “leaders trying to influence followers” model. The key difference that we’ve observed is leadership activities in which leaders act first to change themselves, then mobilize others to do the same in order bring about change more broadly. In these cases, the distinction between leader and follower gets blurred, but the activities are still leadership activities in the same way Spillane and his colleagues defined them, that is, they are activities intendedto change knowledge, motivation, affect or practice.

These leadership activities that we’ve observed, in which teachers act together to change themselves in order to bring about broader change, could be considered both reflexive ¹ and distributed leadership. Although we’ve seen that there may be teachers in these leadership groups who are more influential or charismatic than others, or have access to more or better resources, they themselves are still intentional and explicit targets of change in the activity. That is, they engage in the interaction in order change their own knowledge, motivation, affect or practice, and more importantly, they seek to do so as a necessary first step to broader change. While the group’s ultimate goal might involve influencing others, they recognize that since they are part of the system they seek to change, changing themselves is not only necessary, it’s inevitable. So they seek self-change with intent, in order to bring about broader systemic change, rather than allowing it to happen as a byproduct of trying to change something “out there.”

When my colleagues at KSTF and I think about teacher leadership, particularly the kind of reflexive distributed leadership that we see Fellows engage in, we inevitably start to bump up against the question of who is responsible for improving education. In many cases, the leadership practice and activities of school and district personnel other than teachers is expected to be, and often is, the driver of instructional improvement. But we’ve seen countless examples from our Fellows that convince us teachers have the capacity to improve instruction and student learning as well as aspects of education beyond instruction—things like parent-teacher relationships, school-community relationships, teacher working conditions and even policy decisions. While all of these realms of action should, ideally, have a trickle-down effect to improve instruction eventually, we think it’s critical to acknowledge that teachers can and do work to bring about change both at and beyond the level of instruction, and we actively support them to do so. (This why we’ve designed KSTF’s programs to develop teachers as primary agents of educational improvement, which includes, but is not limited to instructional improvement.) We have many ways of supporting our Fellows to improve their own instruction, but we deliberately name their efforts leadership when they begin to see their own classrooms and teaching as embedded in a larger system and seek to have an impact on that system beyond their own classrooms. While our Fellows do have access to resources and support that many teachers do not, we seek to support them to have an influence together WITH other teachers rather than to have an influence ON other teachers.

The big questions that drive our work at KSTF is how to help teachers develop and exercise this kind of reflexive distributed leadership capacity, and understanding what effect this kind of leadership might have on changing instruction and student learning opportunities, as well as more distal aspects of teaching practice such as school culture, teacher working conditions, parent-teacher interactions, community engagement and educational policy. What experiences and support are most potent in terms of helping teachers to develop and exercise this capacity?  What structures and policies in schools, districts and beyond are most effective for tapping into this capacity for the benefit of students? What are the effects of this kind of leadership, and how, if at all, do those effects differ from leader-acting-on-follower models? 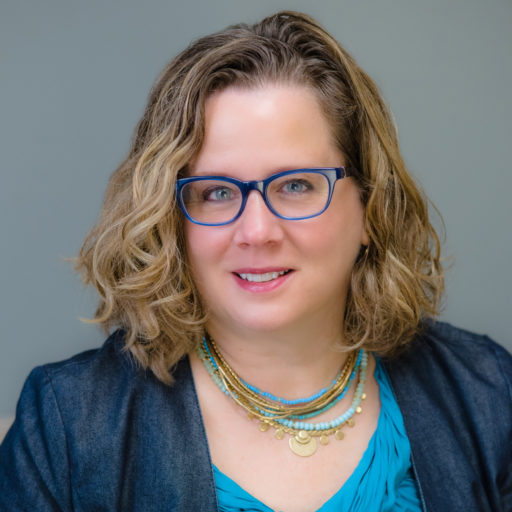